2020 wasn’t all bad. In April of last year, we released our first public data file. Though Crossref metadata is always openly available––and our board recently cemented this by voting to adopt the Principles of Open Scholarly Infrastructure (POSI)––we’ve decided to release an updated file. This will provide a more efficient way to get such a large volume of records. The file (JSON records, 102.6GB) is now available, with thanks once again to Academic Torrents.

Our colleague and friend, Kirsty Meddings, passed away peacefully on 10th December at home with her family, after a sudden and aggressive cancer. She was a huge part of Crossref, our culture, and our lives for the last twelve years. Kirsty Meddings is a name that almost everyone in scholarly publishing knows; she was part of a generation of Oxford women in publishing technology who have progressed through the industry, adapted to its changes, spotted new opportunities, and supported each other throughout.

Work through your PID problems on the PID Forum

As self-confessed PID nerds, we’re big fans of a persistent identifier. However, we’re also conscious that the uptake and use of PIDs isn’t a done deal, and there are things that challenge how broadly these are adopted by the community.

At PIDapalooza (an annual festival of PIDs) in January, ORCID, DataCite and Crossref ran an interactive session to chat about the cool things that PIDs allow us to do, what’s working well and, just as importantly, what isn’t, so that we can find ways to improve and approaches that work. 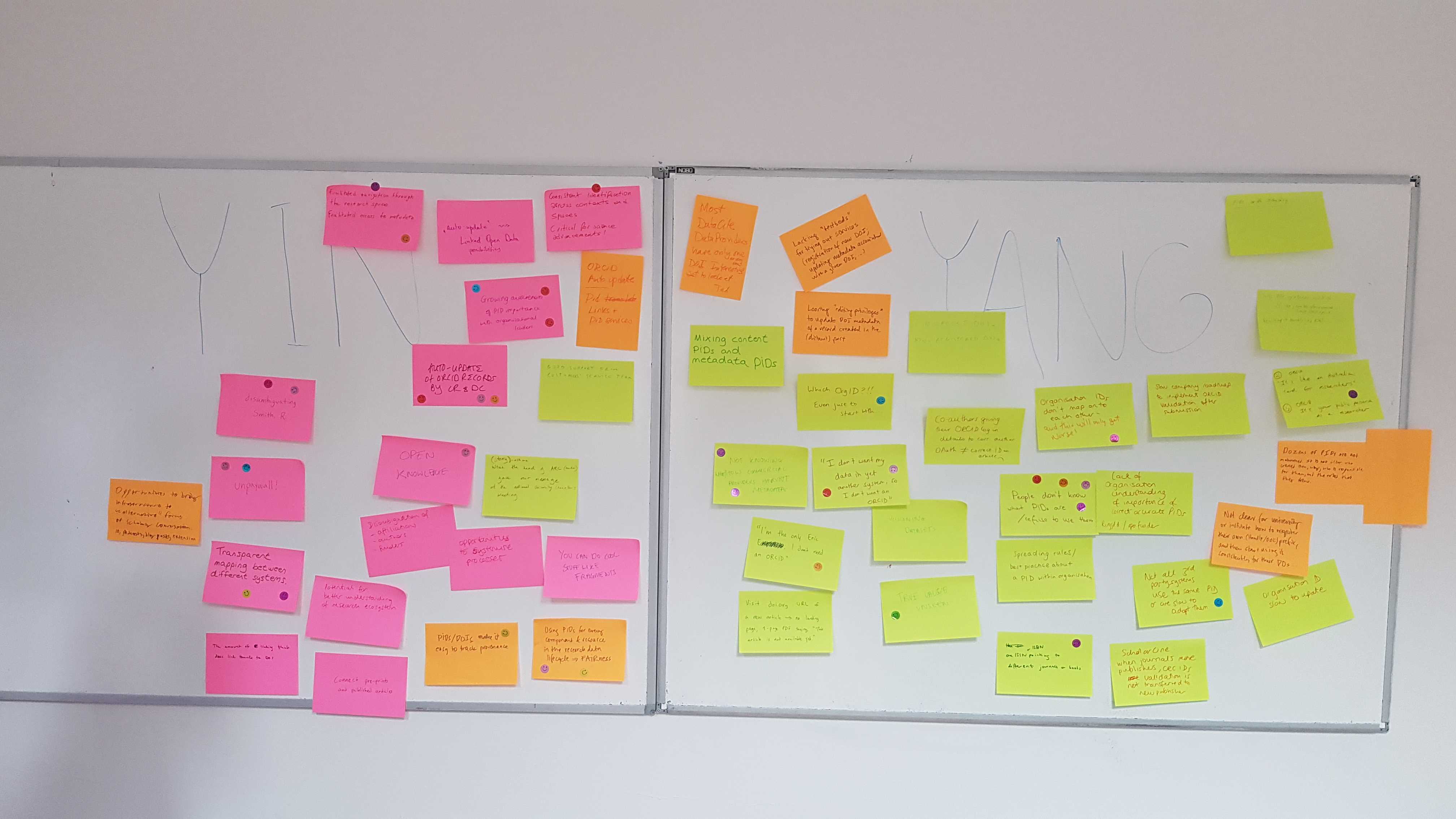 We titled the session the Yin & Yang of PIDs and challenged attendees to put down on paper (post-its) their thoughts about what’s good about PIDs (the Yin) and what’s not so good (the Yang). Attendees could also upvote other’s comments by adding a smiley face sticker to the concept(s) they supported.

So what came out of the session? Lots of things!

We know we only scratched the surface in the session, but fortunately PIDapalooza also brought a good way to continue the conversation: pidforum.org! The PIDforum was launched at PIDapalooza and is a global discussion platform for all things PID-related. Many PID providers and PID users are already on there, so help us understand more about the yin and yang of PIDs by sharing your own PID problems!